Has Jura gone mainstream? And will Savoie? 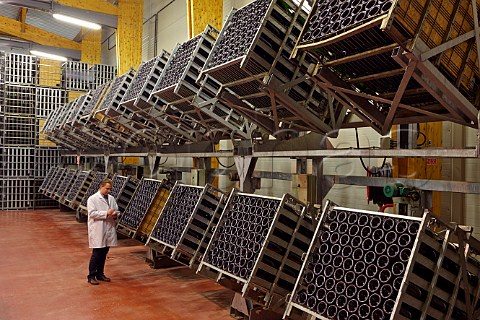 Has Jura gone mainstream? And will Savoie?

In a relatively short time the perception of Jura wine in the UK has changed dramatically. Perhaps, just as one notices how much a child has grown after not seeing him for a few months, my 11-month absence made this change all the more evident. This month the cut-price supermarket chain Lidl, as part of what other media report as its bid to woo the UK’s middle-class shoppers, introduced both a Jura and a Savoie wine in its new French Collection range within the ‘Wine Cellar’ selection.

I left the UK for a 9-month stint working at Wine-Searcher in New Zealand, followed by two months of travels, just after the second annual Jura wine trade tasting in London at which I launched my book. There was a huge buzz at the event, and over the next few months I was happy to be contacted far away with requests from new importers of Jura wines to add to the list of UK stockists on my Jura website. The increase in independent wine stores in the UK willing to stock an eclectic range has dovetailed very neatly with the growing interest in Jura wines and my UK stockists list has expanded vastly. Back in May, introducing the UK wine trade to a vertical of Vin Jaune © Brett Jones

I returned to London in May just before the third annual Jura tasting and found the buzz at this event was different. Among some savvy sommeliers and wine bar owners, there was a sense that the Jura had very much arrived in the UK, although there was still excitement. On the other hand, a few mature members of the traditional wine trade have arrived a little late to the party. They turned up to taste the fabulous Vin Jaune line-up in a side room, and then seemed surprised to find the main room had producers offering much, much more than just Vin Jaune. “Oh, you’ve written a whole book on it, have you?”

Not enough Jura to go around
There is, however, a problem. Jura produces extremely small volumes – it represents just 0.2% of French wine production from about 0.3% of the vineyard area. This has been exacerbated by a string of small vintages, notably 2012 and 2013, but even 2014 was not huge following the problems with Drosophilia suzukii attacks on red grapes, notably Poulsard. Prospects for 2015 may be for a great vintage quality-wise, but volumes are still challenged.

Many in the UK see Jura as the new kid on the block and so they want wines from those producers perceived to be the very best. Not surprisingly, so does everyone else – it’s not just London that has discovered the Jura, so has Paris, New York, Chicago, San Francisco, Montreal, Copenhagen, Tokyo… and I could go on. I’ve mentioned only major cities for that is where most sells, but, for the record, my book has sold to people based in at least 35 countries of the world.

And here’s the killer statistic: not so different from certain other wine regions or countries, around 45% of Jura’s tiny wine production is accounted for by just three producers: La Maison du Vigneron, part of the Grands Chais de France group, with 50% of its production going to make Crémant du Jura; the Fruitière Vinicole d’Arbois, the largest by far of Jura’s four co-operative wine cellars; and Henri Maire, recently bought by Boisset. Henri Maire has long been categorised as a négociant, but it has not purchased grapes in the region for several years – its Jura domaine is about 230 hectares.

Half the output from Jura négociant La Maison du Vigneron is Crémant du Jura, exported around the world, including to Aldi © Mick Rock/Cephas

Earlier this year Marks & Spencer introduced two Jura wines – a Chardonnay from Domaine de la Pinte and a Poulsard from Domaine Grand. This move seemed to make sense for the image of Jura, and although I have yet to taste the specific cuvées, I know the producers and have confidence that the wines are good export representatives of their regions. I could imagine Waitrose wine department doing similarly, but it hasn’t as yet. I find it hard to visualise the quantities needed for a Jura wine to be listed by Tesco, Sainsbury’s or Asda, but now the two low-cost German upstarts, Aldi and Lidl, each list one.

Aldi has stocked Philippe Michel Crémant du Jura, a vintage-dated sparkling Chardonnay from Maison du Vigneron, for several years. Crémant forms 25% of the production of the Jura as a whole, and given that Maison du Vigneron is such a large producer, this makes sense. It has an excellently equipped and maintained cellar, so it’s no surprise that over the years the wine has been lauded for providing a top value-for-money fizz by Jancis Robinson MW among several other UK journalists. Reservations
Lidl has, however, gone down the less-travelled road and chosen to list an Arbois still white (£8.99) under the brand Clervigny, a name I’d never come across. It took little digging to discover that this brand name is owned by Henri Maire (years ago, the eponymous founder, a marketing whiz if ever there was one, registered a string of names). No information is included on the label about grape or how the wine is made and no information has yet been forthcoming from Lidl or Henri Maire. Is this a Chardonnay with a dash of Savagnin, with some of that matured briefly under the veil of yeast or perhaps simply oxidatively, i.e. in non-topped-up barrels. Or is the whiff of damp straw/faint nuts simply due to old wood or perhaps the marl soils? I don’t have the answers, but I have tasted this wine that has been given relatively high scores by a couple of journalists. I am deeply unimpressed. To me, this wine reflects all that is bad about old-fashioned Jura whites – there is no brightness to it – it is neither one thing (a fresh, minerally, fully topped-up wine reflecting its terroir and grapes), nor the other (an interesting, spicy or perhaps nutty wine with a decent dollop of sous voile Savagnin). To add insult to injury, it has that meaningless word ‘Reserve’ on the label, something I’ve seen only rarely on a Jura label, usually for a higher range cuvée, as elsewhere.

Does Jura need to go down this ultra-mainstream route? It seems a shame, as I think a wine like Lidl’s white Arbois, contrary to the M&S offerings and the Aldi Crémant, could do more harm than good for the region. And where does this leave Savoie? Savoie by extension
Distribution of Savoie wines in the UK has increased too, but at a much slower rate (after all, I haven’t written the book yet, have I?). However, both Marks & Spencer and Lidl have decided that while they are taking on Jura they might just as well take on Savoie. The two regions are, I stress, unrelated, just conveniently bracketed together as small (these days considered excitingly esoteric) eastern French wine regions, not far from the mountains.

Both these offerings are Apremont, which is Savoie’s largest cru, uses its most-planted grape variety, Jacquère, and is possibly Savoie’s best known wine, particularly among those who ski in the French Alps. I have not yet tasted the M&S Apremont from Domaine Viallet, but this is a decent producer. Lidl’s Apremont 2014 (£6.49) is from a small local co-operative, Cellier Savoyard, and it has received less positive reviews than the Arbois Clervigny. However, the Apremont is, quite simply, a better example of its appellation, but perhaps less individual, hence maybe the less-good reviews. It has a fresh, youthful, delicately floral nose (what the French so delightfully call fleurs blanches or ‘white flowers’ – hawthorn, perhaps); it’s almost dry on the palate, certainly fresh and light (a typical 11.5% alcohol level), but there’s a bad kick at the end when, instead of a fresh fruity character, I found excessive levels of SO2, noticeable to me on the back palate – perhaps I’ve simply been drinking too many organic wines recently with lower levels.

Savoie has a slightly higher production than Jura, its wine range is less fragmented and the trade structure is somewhat different. In addition, the style of most of the basic Jacquère white wines, which make up more than half of the region’s production, is much more conducive to selling quickly within 12-18 months of the vintage. For Savoie I could argue that going mainstream – if the product is good enough quality – could be of benefit, knowing full well that the best, smaller producers never could or would be available for supermarkets. Both regions – as all small regions – need to take great care. It’s all very well having a fashion for esoteric regions with unusual grape varieties, but quality has to be paramount even from the larger producers. These regions must find ways to stop their big producers bringing down the rest. Growing numbers of excellent small producers do their best in pulling up the quality levels; the big producers must follow.