Jura Rocks All Over the World 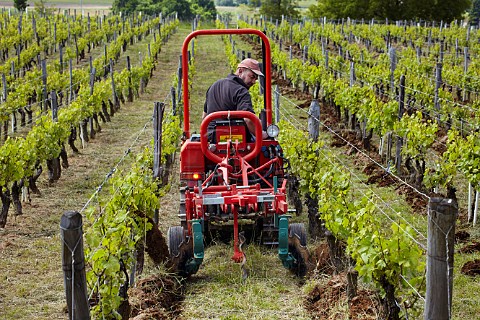 Jura Rocks All Over the World

Until about five years ago, you’d be lucky to find one article a year on the Jura that wasn’t written by me. Quite rightly that began to change as wines from the Jura started winging their way outside of the region and journalists picked up there was something fascinating going on in this tiny wine region. Over the last year, the press coverage on Jura wines has been quite extraordinary for its sheer geographic spread and number. Interest in Jura wine among the switched-on wine communities of the US (primarily in California and New York) dates back around a decade, but has grown and proved really enduring, particularly in New York, and that makes the rest of the country keen to join in too. You know it’s enduring when journalists start looking back to the beginning as Levi Dalton did in this intriguing piece on New York chefs searching out Vin Jaune.

This attention in New York is mirrored to a lesser extent in cities as far apart as Copenhagen, Madrid, Sydney and Toronto, as well as in London and Paris (neither city known for their following of Jura wines even five years ago). For me 2015 marks the year that the interest changed from a fashion to something much more permanent. Yes, it’s linked with the growing awareness in organic/natural wines, and many journalists write only on this theme, but it goes way beyond. Max Allen (right of me) among sommeliers at a Jura evening hosted with Randall Pollard in Melbourne. ©Brett Jones

In the UK, Jura went mainstream to an extent with wines in Marks & Spencer, Aldi and Lidl creating quite some press coverage. In Australia, where I was able to host two dinners, sommeliers still can’t get enough knowledge about the wines and lapped up all that I could say, reported by Max Allen among other writers. Rollo Crittenden attended one dinner; he is one of a few brave Australian producers making a Savagnin sous voile in Vin Jaune style – and he’s doing well with it. (Savagnin is grown there by Rollo and many others in Australia, planted in the belief that it was Albariño – one of the world’s great grape mix-ups.) As a prelude to writing about the UK’s Jura trade tasting this year, Jancis Robinson told the story of Rollo’s rather mixed reception when he visited the Jura, something American journalist Jon Bonné experienced too. The region remains unused to the huge increase of professional visitors.

This year Jura vignerons seem to have received more visits than ever from journalists, sommeliers and – importantly – buyers. Viewed from afar, I still noticed a tendency of first time visitors desperate to see the same old, well-known and yes, worthy, names (Stéphane Tissot, Jacques Puffeney, Pierre Overnoy/Manu Houillon, Jean-François Ganevat…). But, other vignerons did begin to get more of a look in. At last writers are visiting and talking about Julien Mareschal of Domaine de la Borde, Peggy and Jean-Pascal Buronfosse and even Valérie and her brother Jean-Christophe Tissot (cousins of Stéphane of Domaine Jean-Louis Tissot) to name but three very disparate family-run estates.

Is Jura perception right?
Jon Bonné’s visit – his first time in the region – was mainly in preparation for his forthcoming book, The New French Wine, due for publication in late 2016 or 2017. He has written a couple of er – punchy – pieces for Punch, though I wonder if he over-analysed the region a touch. The first, waved the flag for ouillé or topped-up white wines, something I’ve championed since the very first edition of Wine Report 2004 when I flagged up, and Tom Stevenson endorsed, Frédéric Lornet’s Naturé (Savagnin) 1999 as one of the region’s most interesting wines. Bonné’s reaction to these delicious Savagnin ouillés was the same as my own was after my first couple of visits: surely this must be the future. But time proved it wasn’t. Whereas there are more ouillé Savagnin cuvées than ever, they are very limited in volume. The Vins Jaunes and their oxidative derivatives are not simply going to go away and will be ever-more exported, I predict.

Jon’s second piece attempted to explain why we’ve all got the Jura region wrong in our perceptions. Perhaps I shouldn’t say ‘we’ because Jon and I spent a couple of days together while he was there and much of what he wrote we discussed and I agree with. He put his finger right on the pulse with this comment: “When we talk about their [the Jurassiens] charming pastoralism, in a Modern Farmer way, we reveal our urbanite tendency to fetishize the rural life. These are farmers, mostly concerned with making ends meet and harvesting a crop in a rainy place with cold continental winters.” Jean-François Ganevat’s wines may be sought-after and on allocation, but as most Jura vignerons, he has a farmer’s concerns. © Mick Rock/Cephas

What Jon didn’t remind readers in his analysis (and few other writers do) is that the Jura represents just 0.2% of French wine volumes, only 10% of which is exported and a large part of that is from one large producer selling Crémant. Since at least 50 other producers export at least some of their production, often several cuvées, it doesn’t take long to calculate that volumes of each wine are tiny and this influences the way in which the buzz goes around when those wines (and their producers) are in town.

In my book – for a special time-limited offer, see below – I wrote a short chapter ‘The Future for Jura Wine Producers’, perhaps the most critical and provocative part of the whole book. I wrote this chapter almost two years ago, yet little has changed – things move slowly in the Jura. The biggest change is one I predicted – that Henri Maire was ‘ripe for taking over by a big company’ – and yes, Boisset took over Henri Maire nearly 12 months ago. Another thing often forgotten is that Henri Maire, the third largest Jura producer, together with the two biggest, the Arbois Fruitière (co-operative) and Maison du Vigneron (owned by Grands Chais de France), between them produce about 44% of the region’s wine – for a tiny region, that’s a huge amount in the control of just three… Over on my Jura Wine blog I talk about other changes as well as preview the very encouraging 2015 vintage.

Very Special book offer – signed if required!
If you would like a signed (or unsigned) copy of the second impression of my award-winning book Jura Wine for yourself or as a gift, then order on this site and use the code NY1625 for 25% discount, valid up to 5th January 2016. Mailing costs are extra and cannot be discounted. If you want the book signed, then please state this in the comments, but personal dedications are not always possible. The book is available on Amazon but will cost you more! For the electronic versions, click here to order on Kindle or here for iBooks.