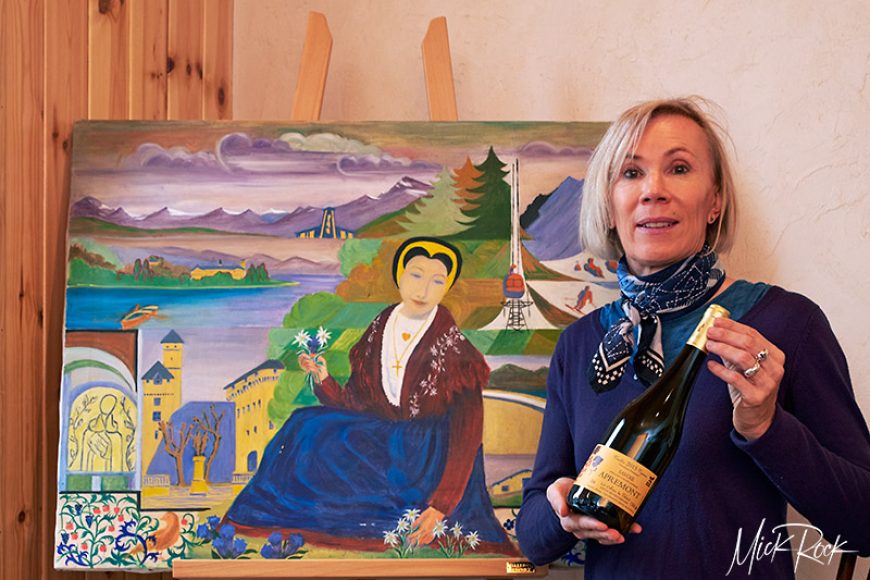 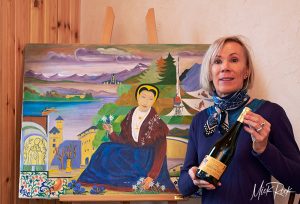 I was devastated to learn that Béatrice Bernard of Le Cellier du Palais in Apremont, Savoie died suddenly earlier this week, very much too young. I had known her wines and tasted with her for several years. She was exceptionally kind to me; last year we enjoyed a couple of lunches out together and I felt that I was just getting to know her personally. My heart goes out to her parents and the rest of their family, close friends and vigneron colleagues in Savoie, who will all miss her deeply.

As a tribute, I reproduce below the profile I wrote of Cellier du Palais in my Wines of the French Alps book, with a selection of photos, all by Mick Rock. Béatrice was modest and hated having her photo taken. But the location of her vineyards, with Apremont’s Eglise Saint-Pierre just beyond, and the iconic Mont Granier looming behind, were just perfect for me to use as a cover image for my book.

I only wish that I had some of Béatrice’s enjoyable wines in my cellar to toast her memory. Readers in the US may well find bottles, as her wines have been imported by Charles Neal for several years.

Le Cellier du Palais (from Wines of the French Alps)

Béatrice Bernard helped her father René in the vineyards from a young age and went on to study wine in Belleville, officially joining the business in 1991. Always active in the CIVS, Béatrice has quietly promoted the Savoie region and has exported Apremont to the US since the mid-2000s. It is, however, quiet René, at the time of writing in his early eighties, who she still defers to on matters concerning the vineyards. There are records of the Bernard family farming vines here since the 18th century, but Béatrice knows little before her grandfather’s time. Léon Bernard farmed cereals and vines, and started some bottling in the 1960s, but he died suddenly in 1973. René had studied agriculture and worked in the transport sector, so in his mid-thirties he made the decision to begin a second career and expand the vineyards. 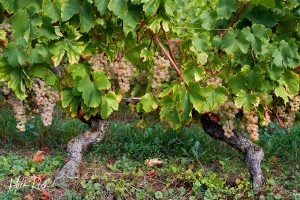 The winery is close to Apremont’s distinctive Eglise St-Pierre, which features on the cover of this book with the backdrop of Mont Granier – the photo was taken from Béatrice’s vineyards. René bought and planted various vineyard parcels, and the 6ha of Apremont vineyards lie above and below the cellars. Most is Jacquère, and there is 0.65ha Altesse and 0.4ha Chardonnay. Mainly extremely stony with very mixed glacial and limestone soils, the vineyards reach up to about 450m. For decades, René had also farmed a small and very sunny vineyard, with Jacquère and a little Mondeuse, belonging to a friend, located on a plateau called La Ronzière on the other side of the Isère at La Chapelle Blanche, within the IGP Vin des Allobroges zone. In 2005, when the friend died, the Bernards took over the vineyard, extended them to 2ha and planted Roussanne. 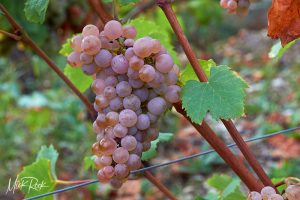 An unusual pink variation of the Jacquère variety in Cellier du Palais’ vineyards may add to the complexity of the Apremont.

For many years, René and Béatrice have managed the vineyards sustainably, grassed down, except in very steep parcels, with herbicide used only below the vine rows. Until about 2017 René did most of the vineyard work, but now they have an employee to help and René lends a hand in the winery. The vinification cellar is in the old stables of the 19th-century house next door. Béatrice has gradually modernized the cellar, replacing large old oak vats with stainless steel vats, adding a heat-exchange system, and a pneumatic press. As the buildings extend down the hill she can work by gravity. Bottling is done at the winery unless there is a large batch. 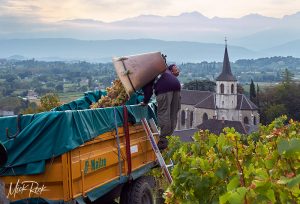 Béatrice makes two Apremonts: both are characteristically delicate, stony and lemony, with extra length and depth for the Vieilles Vignes, from her grandfather’s plantings; this has been consistently one of my favourite Apremonts for 15 years. These are made without malolactic fermentation, which is done in cooler years for the steely Roussette de Savoie. The Roussanne La Ronzière is much fresher and lighter than a typical Chignin Bergeron, with attractive apricot kernel notes. A fresh Méthode Traditionnelle wine is made from the Ronzière Jacquère and there is an ever-improving Mondeuse, made since 2006, which in a fine year like 2015 really sings. Exports are 15–20%, mainly to the US but also to Belgium, Luxembourg and Switzerland. Most of the rest is sold direct by Béatrice at the tasting room or at wine fairs, with some going through wholesalers. Béatrice has been very encouraging of other young women winemakers in Savoie, such as Julie Portaz of Domaine de l’Epervière, motivated by many who say the feminine touch can be tasted through her wines. 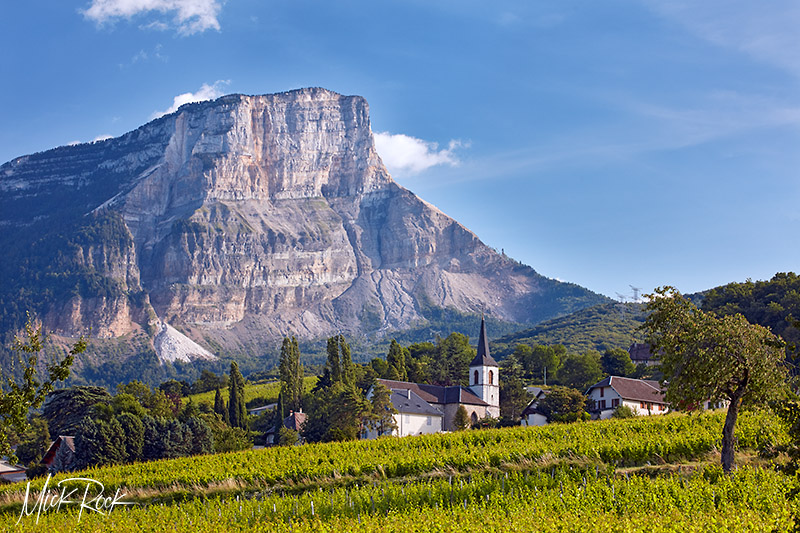 This image taken from Béatrice Bernard’s vineyards, with Apremont’s Eglise Saint-Pierre and Mont Granier beyond, is the original image for the cover of my book