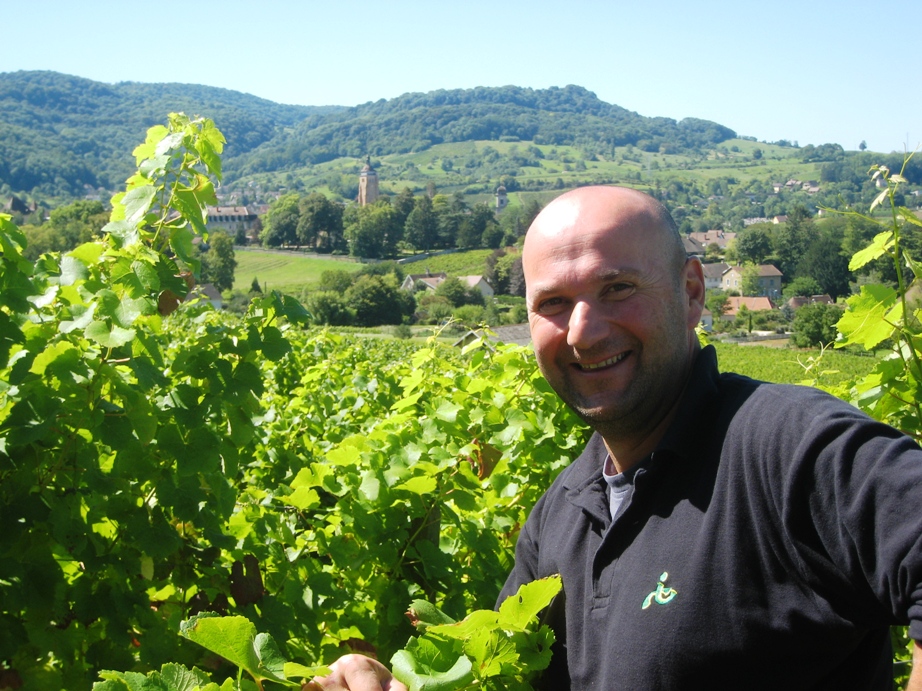 With some shock I realize that it’s more than three years since I wrote the Jura and Savoie chapter for the last edition of Tom Stevenson’s Wine Report 2009, published in October 2008. And, although since then I’ve written about wine tourism in Jura, and contributed articles to other publications, I have not written a general news update for the Jura, as I did for Savoie a while ago. So, well overdue, here is the most important Jura wine news.

Overall, whereas the region continues to struggle somewhat in the local and traditional French markets, exports are slowly beginning to make a mark, with a good handful of producers finding importers in the UK, and in both the USA and Japan in particular. Organic vineyards in the Jura wine region continue to grow
It has to be said that the organic movement in the Jura seems to be leading the export growth. Surprisingly, given their damp-prone climate and sometimes heavy clay soils, the Jura has proportionately more vineyards run organically than the French average with 13% – 16% (published figures vary) of its vineyard area now organic. At the end of March, 24 organic wine producers of the Jura, both large and small, established and newcomers, biodynamic and not, grouped together (with no overall ‘boss’) to hold their first wine fair – Le Nez dans le Vert – with one consumer day, followed by a morning for the trade. (For non-French speakers, the name of the fair is a classic pun … literal translation being ‘The nose in the green’ but the word ‘vert’ or green, being pronounced the same way as “verre” meaning glass – geddit?).

Held in the large cellars of ever-improving biodynamic estate, Domaine de la Pinte just outside Arbois on the lower hillsides of Pupillin, numbers attending on the Sunday consumer day – said to be almost 1,000 – threatened to overwhelm with parking all down their long access road. Going on all day, the atmosphere was serious, but relaxed and the self-service organic lunch laid on almost managed to cater for everyone. On the following trade-only morning, sommeliers, wine shop owners and press arrived from surprisingly long-distances and producers seemed pleased with the quality of the visitors. Established players at the fair included biodynamic producers Stéphane Tissot (of Domaine André et Mireille Tissot), Domaine Pignier, Domaine Ganevat and Domaine de La Tournelle. Also there was the much sought after Domaine Pierre Overnoy/Emmanuel Houillon who has, interestingly, only recently sought organic certification – in fact I remember the first time I had a long talk with Pierre Overnoy (an unofficial founder of the ‘Natural wine movement’ and certainly a pioneer in no-Sulphur wines) about 8 years ago, he had told me that for some years he had relinquished working his vineyards 100% organically, as it was simply not possible to guarantee a crop, though of course, he was much more ‘raisonnée’ (sustainable) than many of those who claim that status.

Other producers there, recently officially in conversion to organics included the Château-Chalon stalwart Jean Berthet-Bondet; specialist in old wines Caves Jean Bourdy (whose wines I like increasingly); and currently enjoying some fame in the USA, Pupillin grower Philippe Bornand, who only offered tank samples in rather flashy magnums. I was not able to taste from everyone (in fact I only just managed to squeeze through the crowds to Overnoy/Houillon and Ganevat before their wines ran out). Aside from those mentioned above, I was impressed with ever-improving quality from Domaine Cybelline (Mesnay), Domaine Octavin (Arbin) and with two newcomers, Hughes-Beguet and Champ d’Etoiles.

Patrice Hughes-Beguet and his English wife Caroline have been established in Mesnay, near Arbois, only since 2009 and farm just under 4ha of vines in Mesnay, Arbois and Pupillin. Patrice trained in oenology after leaving his IT career behind. Wines from the 2009 vintage are promising, and samples more recently tasted of 2010 show well too. Champ d’Etoiles is a new domaine in Gevingey in the Sud-Revermont south of Lons-le-Saunier, where Franco-Belgium couple Fabrice and Valérie Closset have taken over Richard Delay’s vineyards and winery (but not his stocks). Previously working as consultants in the Loire valley, they have converted the 5ha immediately to biodynamic farming, and first tastes of their Pinot Noir and their Chardonnay-Savagnin blend from 2009 were more than promising.

Jura-based broadcaster, consultant and sommelier Christophe Menozzi interviewed me during the fair (in French), you can see the video interview on Jura TV.

Le Nez dans le Vert has a useful website with links to all the above producers, and others who were exhibiting. The fair should be repeated next year with dates scheduled March 25-26 2012.

Highest auction price ever achieved for a Vin Jaune
At the annual auction of the Percée du Vin Jaune in February 2011, an astonishing bottle was sold for the record price of 57,000€ – namely a ‘Vin Jaune’ 1774. I’ve placed Vin Jaune in inverted commas deliberately because a) there was no label and b) at that time the term Vin Jaune was actually considered pejorative, wines of this type were named ‘Vin de Garde’. It was originally hoped that the bottle would fetch 10-15,000€ but the price went as high as it did for two main reasons: firstly that there were two bidders who both badly wanted the bottle – namely Paris-based collector François Audouze, who lost the battle, and Pierre Chevrier, a Swiss collector of ‘antique’ wines who bought it on behalf of a group of friends; secondly, the history and provenance of this bottle are well-known locally, and two bottles from the same lot were tasted, analysed and recorded in the 1990s, when they were found to be in fine condition.

Good media coverage was achieved for the Jura thanks to the sale, though not all of it, even in the English press, related the correct facts – Decanter published a piece with the wrong vintage stated. The producer Domaine Chevassu, known for high quality Château-Chalon (the appellation considered by some to be the epitome of Vin Jaune) told me that on the Monday after the Percée weekend, their Dutch importer placed an urgent order as his shop had been inundated with orders following the news. As the 1774 Arbois is thought to be the oldest unfortified example of what is likely to be a drinkable wine, it adds to the special allure of the Jura.

I am pleased to say that after meeting with Pierre Chevrier and many others who know much about this old wine dating back to pre-revolution times, I am digging deep into this story for an article that I have been commissioned to write, not only about the history of this bottle but about Vin Jaune in modern times – it will be published at the end of the year.

Recent Vintages of Vin Jaune:
Recently released Vins Jaunes are from vintages 2002, 2003 and 2004, all distinctly different from one another. On the basis of recent tastings I found the 2002s really wonderful, but then I enjoy high acidity and the 2002s have that streak of lemony acidity, that should ensure decades of life. The hot year of 2003 has provided small quantities of surprisingly good Vin Jaune, but slightly atypical with a lot of intense fruit on the nose, am not sure if these will age so well, but it’s much to early to tell. The few 2004s I’ve tasted, just coming onto the market now, seem fine indeed with good balance; the three different Vin Jaune cuvées sold by Stéphane Tissot (one blend and the others from specific terroirs En Spois and Les Bruyères) show great promise.

Read more about it:
If you have enjoyed this update and never saw my original Wine Report chapters on Jura and Savoie, published 2004-2009, they are all available free to download as PDFs at Scribd. And, if you really are getting the Jura bug, also, freely accessible is a quite comprehensive article I wrote for Sommelier Journal in 2008 and an abbreviated version of wine travel piece I wrote for Decanter about the Percée du Vin Jaune in the same year.

Naturellement, I’ve been regularly updating the two Jura travel guides on Wine Travel Guides and continue to tweak this and that, as I make discoveries – vive le web!